Tell us about how your name came about?
it was intended to be a sort of war of art, a defying while also defending and defining myself

For those of you who haven’t heard of you, tell us about yourself!
I am a solo music artist, primarily, and focus all of my energy to be that despite any consequences.

What can we expect from your music?
Honesty, Respect and Soul

What was your introduction to the underground scene?
I was in basketball camp and broke my wrist and started hanging out with a drummer who was in a band signed by Jeff Pezzati’s(Naked Raygun) Jettison Records. I went from never even considering making music to seeing people in real life making flyers, recording songs and putting out shows and something clicked and had to participate, I think that lack of talent can always be excused if it is fueled by a great drive and inner fire…. I formed a band and played at parties, pizza places, venues that ran prostitute rings, cable access and even college radio….the band fell apart when two of the members including myself joined the military and that’s my sort of musical origin story.

What was your first song and in your opinion was it a success or failure?
“Veggie Bacon”, never recorded, “Beating A Dead Horse”, first song recorded.

“Veggie Bacon” was about the jeep driving security guards at a local mall, “Beating A Dead Horse” was about being in a punk band while the genre was being juiced to a mummy by Blink 182 and A New Found Glory. There would not be a “Beating A Dead Horse” or any other song that follows if it wasn’t for “Veggie Bacon” and was that reason it was a success.

So, what kind of music do you listen to in your everyday life?
I make a great effort to listen to new artists. There are diamonds to find if you can handle getting dirty digging through a lot of coal. The most current form of an art is always the most interesting to me.

Where do you find your artistic inspiration?
Everybody and Everything

What do you do or listen to, to hype you up?
I like listening to old Dope Fiend Recordings from Marilyn Manson, Rob Zombie etc….raw and full of energy.

Do you have any other hobbies outside of music?
For me, music isn’t a hobby.

Do you have anyone that you consider your mentor? How has their help or advice help shape you?
A lot of people; I couldn’t really name just one person that is a sort of guru to me, but when you keep an open mind you receive a lot of direction from the world on how to maintain, essentially living through life itself.

What is one experience in life that, without it, you wouldn’t be the artist you are today?
My mother passing away while I was in the Army. I had to take emergency leave for the funeral and when I came back I learned how to part together weapons, practice with them, constant running, little sleep a lot of mental anguish during that point. It was a very trying point and very impactful. I think in a lot of ways I died with her and became a new person from that point on, I felt I had no one left to disappoint anymore and was going to live life on my own terms.

What haven’t you attempted yet that you hope to?
Analog Recording.

Did you have a moment yet that you realized, I can never give up on this?
Every day, you have to have that moment of you will.

Is there anyone in the future you aim to work with?
Possibly, right now I’m focused on expressing myself. I don’t really want to step outside of that at this point, but I can see that as a possibility.

Do you have an album out or one that is coming soon?
I sort of gave up on putting forth the illusion of an album. I was never signed, and they were never actually physically pressed. I am just putting out music and what comes of it later will be what it is.

Any Tour or shows planned for you in the near future?
I’m not seeking to perform at this time. If I am invited, I’ll most likely take the opportunity. I don’t make the kind of music that goes over with complete strangers that aren’t prepared and receptive of it. I don’t make party music that’s very bar friendly… If I somehow find an audience, I will most definitely get on the road and face the music.

What do you hope to accomplish this year?
A lot of things not even really worth mentioning.

Any Last Words?
Thank You 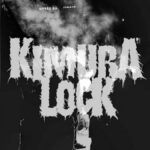 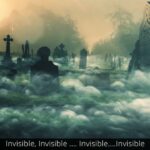