Aspen Sutton: Hello, I’m Aspen Sutton from the Northwest. I’m an aspiring alternative model and cosmetologist. I’m a lover of live music, traveling, and a tattoo enthusiast. Thank you for reading my interview with Underground Nation Magazine!

Let’s kick this off with how your childhood defined who you are today. Can you give our readers some in-depth detail behind your past?

Aspen Sutton: I was raised by a young single mom, with a gypsy soul. I didn’t have a lot of stability as a kid and had to grow up rather quickly. There are some things about me like my constant search for adventure and love for the small things that came from my childhood but I wouldn’t say it defined me. It taught me that life is all trials and tribulations; you make the most of it and keep L-I-V-I-N.

Can you break down the inspiration behind choosing the model route?

AS: Honestly, I never thought I’d be In front of the camera. I was eighteen when I had my first photoshoot and it was more of a self empowerment journey. I had just gotten out of a gnarly relationship and decided to do a boudoir shoot to boost my confidence. I didn’t think anything would come from it but since then I’ve had the opportunity to work with some pretty talented local photographers.

Are you able to dive into the details behind the art of modeling and its difficulties?

AS: Modeling is a bit more complicated than people like to acknowledge. The industry is definitely beauty driven, no matter the category you’re associated with. Aesthetically speaking you want to be competent of your facial expression, physique, and overall appearance when posing. Another thing to be mindful of is your lighting, especially the key light. Outside of photoshoots, I think networking is definitely a huge issue for both models and photographers. We live in a digital world which can be really beneficial to making new connections and getting your portfolio seen; but it also leaves the door wide open for some strange encounters.

What moment of your career would you say became to be the most challenging moment you faced head on since venturing into modeling? How precisely did you conquer this moment?

AS: The most challenging thing I’ve faced so far has been a lack of professionalism. There’s a lot of creeps with cameras out there but I just stay authentic to who I am and research photographers before I take a gig.

How often do you practice Yoga and how has the Yoga lifestyle changed your life for the better?

AS: Yoga and meditation are my escape. I try to always begin or end my day with a session. I think the biggest change for me has been my mindset. It gives me a break from the chaos and allows me to decompress. I’ve become more present and mindful since I’ve integrated yoga in my life. My friends and family like to poke fun at me because I start doing random poses when I’m stressed.

How has the tattoo culture influenced your own modeling career?

AS: Tattoo culture and the industry as a whole has fascinated me since I was a kid. I admired alternative models like Kat Von D, Megan Massacre, and the Suicide Girls. I’d say that’s probably where my aspirations started.

How exactly did the underground music scene across the Northwest and Wyoming influence your own modeling adventures?

AS: The Northwest and Wyoming surprisingly have a bigger underground music scene than you’d think. I know some really talents musicians and had the opportunity to do some merch promos for them.

Which album from your own local music scene do you feel you relate to the most and why?

AS: One of my favorite local bands was ONLYHOME. Unfortunately, they don’t play anymore due to some conflict within the band and their inability to keep a drummer. I really resonated with their EP when I heard it the first time because it’s all about living life to the fullest not only for you but those close to you.

What’s the best music concert you’ve been to within your whole life and how did that specific show helped you achieve a peace of mind?

AS: That’s a tough one! I’d have to say Dirty Heads, probably. They were one of the first bands I got to see live. I think their energy along with the group of friends I was with made the show the most memorable.

Your photo shoot of yourself covered in glitter received a ton of positive reaction across social media. Are we able to go into in-depth detail behind the glitter shoot and how the concept came about in the first place?

AS: Honestly, it started as a joke and ended up being one of my favorite shoots yet! I had seen this video on Facebook of a woman bathing in 50 bottles of glitter but she NEVER SHOWED THE END RESULT. I sent the video to a photographer friend of mine and we started conspiring on how we could recreate the concept in our own manner. We ended up using aerosol hairspray to get the glitter to stick and it was like a second skin once we were done. It was a blast!

You’re obviously pro-gun inside your photo shoots. How important is it to teach proper gun safety in the classroom for the next upcoming generation?

AS: I live in Wyoming, pretty much everyone carry’s a handgun or has a rifle. I was raised around firearms and to me proper gun handling is just a good life skill to have. Even if you aren’t planning on having a firearm in your home, I think educating kids on safety is important should there be an instance one is around. In my region hunter safety and concealed carry courses are easily accessible and can be completed in a weekend.

If you could pick any artist to be featured with inside a music video of theirs, who would it be and why?

AS: Probably Mitch Lucker (RIP) (Suicide Silence) or Oliver Sykes (Bring Me The Horizon). I’ve had a scene girl crush on them since I was kid.

What one world global issue do you wish could be solved to help better today’s societies across the world?

AS: Umm, it’d be rad if this pandemic could be resolved. I think we’re all over it at this point and ready for some normalcy again.

What do you hope to accomplish within your own life/career in the next five years?

AS: Overall, I’m going with the flow. I hope to continue growing, traveling, and pursuing my happiness. 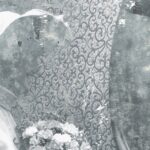