What’s your artist name?
Darkness I am

Tell us about how your name came about?
Darkness was never meant to be stage name or something I would go by, it started with friends being dick heads calling me “Darkness” in their Charlie Murphy voice (Rip Charlie Murphy) from one of the skit featured on the David Chappelle show, keep in mind I was going by “Famous” talking about robbery , kidnapping, and murder no one was convinced and didn’t pay much attention probably thought I was some ordinary egotistical rapper trying to be scary lol. When I took the name Darkness it was like it was meant to be, I don’t know it made sense.

For those of you who haven’t heard of you, tell us about yourself!
I go by Darkness i am (Or Darkness) repping the Twin Cities, MN (Minneapolis, St. Paul) I was formally one half of a duo starting out now I’m doing the solo thing. I consider Darkness to be the voice of Anger, Rage, The Lost, The Sinners anything that can go from negative to positive.

What can we expect from your music?
I want my craft to represent my un-stability, I want anyone to say they can relate because that’s not the truth, validity is plenty being heard is plenty.

What was your introduction to the underground scene?
My friends Phat Boi Phresh & Open Minded (Big Shout out to both), they helped with my First recording session, with my first show, my first album (which was hot garbage lmao!) it’s safe to say they put me on big time.

What was your first song and in your opinion was it a success or failure?
I would say a failure, looking back the songs I had were all rushed, either poor mixing or me in general .The only time they sound decent was when i was doing the songs live. But it created a lot of doors to open.

So what kind of music do you listen to in your everyday life?
As of right now I’m kind of in the “Drill” scene there’s a lot gritty shit going on in that scene. Old school rap is a must I’m also into soul & R&B music I’m all over the place, I’m in love with that “in the gutter with ya mother” shit. That’s the root of hip hop, even in the late 70’s and the 80’s they were talking about beating someone’s ass or/and taking someone girl, that’s the culture oh hip hop there’s no denying that .

Where do you find your artistic inspiration?
I live in my head a lot so inspiration can come from the way i was raised or how my biological mother treated me i get fuel from the accomplishments and from pain as well.

What do you do or listen to, to hype you up?
project Pat rumble song or three 6 mafia’s gang signs song yes I’m the rowdy one

Do you have any other hobbies outside of music?
I read sometimes play video games. To be honest music’s my life

Do you have anyone that you consider your mentor? How has their help or advice help shape you?
nah, I never had a mentor or consider having a mentor. Insight from someone else would be great .

What is one experience in life that, without it, you wouldn’t be the artist you are today?
I went to the “up in smoke tour” with my friend Justin (shout out Justin) it was Delvin the dude method man and redman and snoop dogg. When method man and redman hit the stage their presence was crazy I remember how mesmerized I was and the goosebumps I felt I was a different person coming out of that venue

What haven’t you attempted yet that you hope to?
Touring (Not as support) get a record deal, be a house hold name

Did you have a moment yet that you realized, I can never give up on this?
Yes, I was in a rough place, my Dad past, my best friend wants nothing to do with me . I snapped, nothing mattered it was definitely a road to self destruction to say the least, music gives me life, the thought of giving up kills me.

Is there anyone in the future you aim to work with?
Ummm.. as far as producers would be: Seven, Mike E. Clark, Rob Rebeck, 808 mafia. As far as artist I’d say: Brotha Lynch Hung, Jellyroll, Rittz, Project Pat, Gangsta Boo, Tech N9ne, Ghostemane. (These will all happen)

Do you have a album out or one that is coming soon?
Yes, I just released a two (2) album project as my debut called Psycho / Strange, (No it has nothing to do with Psychopathic Records or Strange Music) it’s a self introduction to the scene as well as letting the people in my world and to see it from my point of view, the way I was brought up, (Raised) and short comings. This project has no good vs evil concept, there’s no light or gray area it’s the unholy vs the wicked yes I had some help making this project what it is from people like: Cryptic Wisdom, Madchild, KD The Stranger, Hatchet Monkey, Liquid Assassin, Stevie Stone + more. (shout out to them all)

Any Tour or shows planned for you in the near future?
It’s hard to say at the moment with the pandemic getting much worst by the day (Salute to the families that’s been victimized by the pandemic) when it’s safe I’ll definitely be making moves to do shows and get on the road once again!

What do you hope to accomplish this year?
To get myself out there really, gather a fan base, make a living from my music and not work in a kitchen anymore lol, be more visual, market better, be more involved , keep grinding! I’m not sure on what to expect from any of this but i know what failure feels like and that’s no longer going to be an option for me.

Any Last Words?
Check out the album Psycho/Strange, I delivered in a big way from start to finish, follow me on Facebook facebook.com/daunholy
Instagram @iamtheunholy
Twitter @darknessiam1
subscribe to my YouTube channel and hit that notification bell @ darknessiam/youtube.com get involved
also follow me on Spotify @ https://open.spotify.com/artist/18sqaToVMta2MACFfCMSN9?si=e5lMEGbZTUOKH7-bUZO5OA
help this movement grow! for any inquiries, booking, etc. email me @ therealbackyardninjas@gmail.com big shout out to Underground Nation, Twin Cities Minnesota, big ups to the artists that helped make this shit a reality Salute to the real. 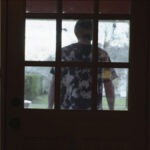 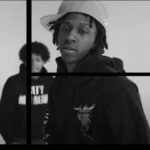