Hello, die hard Underground Nation Magazine supporters! We wanted to give our readers/fans another music release high light for your late night music cravings! So here we go!

As most may know. Chester Bennington’s original band before becoming the iconic frontman of the best selling recording artist of the 21st century known as the legendary Linkin Park was the mighty Arizona heavy rockers Grey Daze! Awesomely enough, in July of 2020, Grey Daze boldly kept their promise to their late vocalist Chester Bennington and their fans in regards to releasing new music. The fresh material became the critically acclaimed “Amends” album! Now the remaining Grey Daze trio (Sean Dowdell, Mace Beyers, & Cristin Davis) have bravely decided to unleash a stripped down acoustic effort in honor of their latest effort “Amends” with an special ep featuring classic Chester Bennington vocals from the vault with more brand new recorded instruments.

The five tracks re-worked from their “Amends” LP inside “Stripped” now laced with an unique acoustic approach are “Shouting Out”, “Sometimes”, “Soul Song”, “What’s In The Eye” and “The Syndrome”! And hot damn! Each track featured strongly properly showcases the true raw talent behind Chester Bennington’s wide vocal range as the current line up of Grey Daze show off their great musicianship by successfully delivering an outstanding acoustic ep that is guaranteed to leave music fans of all types of genres musically breathless thanks to Grey Daze continuing to release material that brilliantly captures Bennington’s vocals to shine beyond the stars of the universe! 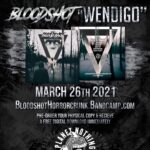 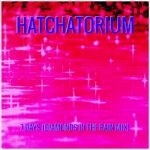