So, yes, the “Wendigo” LP will be officially released on Friday, March 26th, 2021 but the preorders come with an instant free digital download for the “Wendigo” LP! Hell yeah!

P.S. Did you know Bloodshot was featured as an Underground Nation Magazine limited cover story?! You can support that by clicking on the Bloodshot cover below! 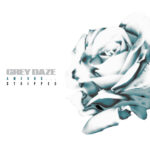