By Donny “The DRP” Polinske

It has been a hard few weeks over here at the Force 5 Records camp as well as the
Suburban Noize Records/SRH family. The Underground has been mourning the
loss of one of the innovators in the scene, my friend and labelmate, Steven
“SAINT DOG” Thronson.
Saint Dog burst onto the scene with the Kottonmouth Kings in 1998 after his
group, P-Town Ballers (D-Loc, Johnny Richter, Saint Dog) met Brad “Daddy X” and
reformed as the group we grew to know and love. I was fortunate enough to
know about the group right away and bought the EP, ‘Stoners Reeking Havoc” as
well as the Scream 2 soundtrack that came out that same year. The Kottonmouth
Kings were blowing up and in August of 1998 they dropped the classic album,
“Royal Highness”.

During this era, I didn’t know Saint personally, but I have read everyone’s stories
these past few weeks online and in fan groups, and many of them sound like the
Saint Dog I knew and became friends with. He would always talk to any fan that
came up to him, he would bring them back stage, and laugh with them and treat
them like his friend immediately. There was no rock-star fakeness about him. He
was genuine. He was a larger-than-life personality, but he stayed down to earth.

I first got to meet him through Myspace in early 2007-2008. We had started
talking about booking shows together and when I became the new lead singer of
Primer 55 at this time, he said we should do a tour together with Primer 55/Saint
Dog. Before that tour happened though, we did some smaller runs of 4-5 shows
at a time. Saint Dog/The DRP tours began and the first show we ever did together
was in Omaha, NE with my friend, Ryan “P-Tro” Porter at a place called The
Hideout. Saint Dog brought Gillies (DGAF) with him and from the moment we all
met each other, the vibes were great. We had an amazing run of shows, and we
decided we should do more work together.

Over the next several years we did some amazing tours like, ‘The Home Grown
Tour”, Primer55/Saint Dog tour, and we even did a full DGAF/The DRP/Mars tour
with Chucky Chuck, Gillies, and Big Hoss along for the ride as well.

I have some crazy amazing stories with Saint, but also some pretty low points
together. (I won’t talk about those low points, but let’s just say, he and I saw each
other at our lowest points in life. But we never looked down on one another. We
would discuss our demons from time to time, but we always supported each
other in doing what we had to do to get better.) I don’t want to go through these
moments. I prefer, instead to go through some of the funny moments!

There was one time on tour, we were in Milwaukee, WI for the DGAF, “Wild In
The Streets” Tour. I had just broken up with my girlfriend of four years, and I
invited a “friend” to the Milwaukee show. I introduced her to Saint, and he asked
if she had more friends. Haha! At any rate, over the course of the night she got
pretty tipsy, and some dude at the bar tried talking to her. Saint saw this, went
over to the guy and politely tried to say, “This is my friends date, don’t talk to her
like that”. The dude (being drunk) didn’t care that Saint, at almost 6” 6’ was a
much bigger, more physical, intimidating presence then this guy. The back story
to this, is that Gillies from DGAF was on the road with us and just had surgery and
his whole head had to be stitched up prior to leaving for tour. He was told he had
to be careful not to bump his head at all!

At any rate, Gillies saw Saint and this guy arguing, so he came over to calm Saint
down. In the meantime, Mars was causing a riot on stage and as I was pulling
double-duty as an act performing and tour-managing, I was trying to get him off
the stage so I had no idea what was going on at the bar. The minute Gillies came
over to the bar, Saint had just launched a haymaker at this guy, it hit Gillies first,
ripping open his stitches, and the rest of the blow knocked out the guy at the bar.
That’s how strong and big Saint was. Of course the part about Gillies was a
bummer and Saint felt horrible about that, but he was just trying to defend me
and my friend. That whole night was a shit show, but we used to talk about the
riot in Milwaukee, WI every time we brought up tour stories. It’s a funny, cray
story now, but back then I got banned from putting on shows at The Rave/Eagles
Club for a bit after this night.

I can also remember the first time Big Hoss and Saint Dog came over to my house.
They both had their flannels on and tattoos everywhere with their sunglasses on.
My daughters were very young at the time, but they weren’t scared of the two of
them right from the beginning. Saint and Hoss treated my children like family
from the moment they met them. That meant a lot to me. Through the years
Saint and his brother would spend a lot of time over at my house and we wrote
many songs together in the studio.

One of my all time favorite stories is when we played a show in Las Vegas, NV and
the promoter (Chris O’ Gane) brought us over to his house. It was in a penthouse
overlooking Vegas and it was beautiful. He offered us “dabs”. It was a new thing
(from my knowledge) at the time and Saint and I didn’t understand what it was.
So Chris ripped one off and offered us a hit. I told Saint, there is no way I am
going to try that first. I said, since you are the Kottonmouth King here, you should
test it for me first. Saint took a huge rip and immediately after I could tell he was
light headed and dizzy. He looked like a space cadet. He said, “I think I need a
nap”. I told Chris, I was passing on trying that, and we would meet up with him
later as he was taking us out for a night on the town. I lightly ribbed Saint for
being a Kottonmouth King and he was shook from that one hit! Lol! He spent
some time in the hotel room, I gambled and then we met up with Chris later on.

That night, he took us to a strip club, and I swear, the MINUTE we got into that
place, the owner of the club knew who he was, and we got VIP tables. Chris
hooked it up with bottle service, and we had a full-fledged strip club party on our
hands. Chris reached into his pocket and gave us $2000.00 to shower on the girls
from the balcony overlooking the whole club. I was like, DAMN! So the owner,
walked us up to the balcony, and they put Kottonmouth Kings, “Bump” video on
the jumbotron. It was pretty surreal. When we got up to the top of the balcony, I
asked Saint if he was throwing all of that money down below. He said, “No way,
man” so we pocketed a few hundred and proceeded to let it rain on the club
below us! Dollar bills were flying everywhere. I will never forget it. Dollars got
stuck to everything and customers began grabbing the money as well. I even
picked some up that got stuck to my feet, and threw them back down below. It

was mayhem! I wish there was more camera phones back then, because this was
one for the books! The rest of the night was just us, balling out in the VIP. Dope
shit.

I have a million more funny stories, like the time we were in Chicago and he went
and ordered 100 White Castle burgers for just me, him and two other people for
no reason, and we ended up throwing them all around the hotel room. I still to
this day, don’t understand why he ordered all of that food. Haha!

I just want him and his family to know, the whole community is saddened but his
legacy will always be here forever. There was only one guy that sounded like him.
Saint Vicious is an innovator, and we should celebrate his life. I spent my time
these last two weeks mourning him. For the rest of my life, I want to smile when I
think of him. He was an amazing person, and now we should honor him by
enjoying his music forever. Music is the ultimate gift, and he left us some
amazing gifts.

Much love, respect, and RUCKUS forever.
Donny “The DRP” Polinske 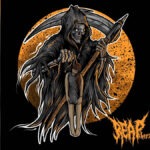 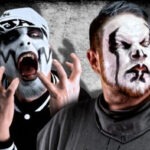