Fresh from his dominating win during the rap battle at the Gathering of the matrix, Politicize has some major news about his new album coming soon called “Riot”. Apart from a feature with battle rap champion Blind Fury, there’s one feature that should earn the interest of not just the underground, but the entire juggalo world. That feature is none other than Insane Clown Posse’s very own Shaggy 2 Dope! Here’s what Politicize has to say about the new song…

“The track is called We Do It”. It’s about all the crazy shit we would do if the opportunity presented itself. It’s the type of track that makes you laugh and also go damn that was sick. We all linked up at the studio outside of Detroit. Tre Lb was on the boards mixing and mastering the song. Shaggy was really cool and easy to talk to. He appreciated the fact that I was myself around him and not acting star struck. Truth be told I was hella nervous but I  did my best not to show it. He kind of went above and beyond on the track adding vocals for the intro and hooks. He didn’t have to but out of love and feeling the song he sprinkled that dark carnival magic. As soon as I heard him yelling over the hook I knew this one was gonna be a classic.”

The new album “Riot will have plenty of features and will be mixed and mastered by Tre lb. Expect a release in the coming months. Make sure you go follow Politicize on ALL of his social accounts! 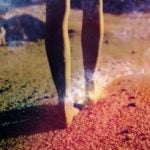 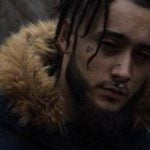