Indonesia-based avant-garde/experimental metal/rock band Kekal just recently released their latest video, “Zoe”, the first of the series of music videos to highlight the central theme of their upcoming full-length album “Quantum Resolution”; a diverse and multi-textural concept-album which will be released independently this coming August.

Formed in 1995 in Jakarta, Indonesia, Kekal has now over 10 albums in their discography. According to AllMusic, Kekal was one of the first heavy metal bands from Indonesia to make international inroads, and according to sociologist of heavy metal, Keith Kahn-Harris, was one of the few extreme metal bands from Southeast Asia to ever make more than a minimal impression on the global scene. Kekal is known as the first band from Indonesia who toured Europe back in 2004. Since 2009, Kekal has become a band without official members, with former members and other musicians voluntarily contributing together in collaboration to make new albums up to this date. Most of the band’s music are now released to public through Creative Commons license, and 4 albums are also available for free download including the critically-acclaimed “1000 Thoughts of Violence” (2003) and “The Habit of Fire” (2007).Kekal plays a very diverse range of music styles within the frame of metal and rock, incorporating many other music genres such as ambient, electronic, jazz fusion, reggae/dub, and hip-hop/trap.
https://www.kekal.org
https://www.facebook.com/kekalofficial
https://open.spotify.com/artist/1TfoHj4wkkwQIIkE48Rgy5 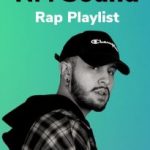 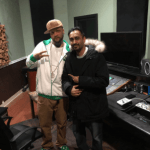