LANCASTER, PA – June 19th, 2020 – After years in the making, Nostau releases his debut album, Vilify featuring the tracks Spaceship, Hide Away and High Tides. The 40 minute electronic hip-hop record serves as Nostau’s introduction to performing with vocals and exploring the waters of both singing and rapping. Production takes a bigger role than the vocals on this project, taking inspiration from the sounds of Daft Punk, Kid Cudi, Frank Ocean and other prominent hip-hop culture figures. Despite this, the album’s subject matter delves deep into heartbreak and mental illness and transitions to rap verses full of punchlines and wordplay at the end of the album. These more mainstream, “harder” rap bars are brought in to transition into my next album, where lyrics takes more focus.

Nostau is a teenage hip-hop artist from a small town in Pennsylvania inspired by Childish Gambino, KidCudi, Mac Miller, and Kanye West. One might call the recording space Nostau worked on Vilify in assmall, cramped and crowded. After all, for most other artists, their bedroom often takes place as theironly home recording studio. Through the cozy bedroom and white walls of Nostau’s production studio, hecreates new worlds with a microphone, vocoder, pretty synths and pads over complex and engaging drumbeats. The five years of hard work and effort have finally started to pay off for the once naive artist.Featuring on Eric Alper’s 360° Best Indie Music Spotify playlist, Nostau is just getting started with what is tobe expected in the ambitious artist’s future. 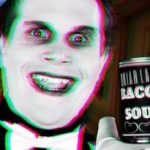