Rejoice rabid rockers and gutter hip-hop heads! Canada’s own favourite rap/rock horror hybrid So Sick Social Club are back with a full fledged stack of fresh new hard hitting tunes that are guaranteed to musically melt your mind towards feeling fully alive again through their raw lyricalness .These tunes flawlessly meshing With a new sound of experimental emotional brilliance capable of being responsible of unlocking the closed minded musical brain free through the new songs originality catching the unexpected off guard and realizing good music thrives in the independent music world! For over a decade, fans of the wild wicked underground scene have been clamouring for a full length record from So Sick Social Club without involving any guest features (as their fans begged to see what So Sick Social Club could accomplish on their own) and finally it has happened!

How and where? The definitive answer to this question lies deeply embedded through So Sick Social Club’s revamped metallic alternative sounds heard only when blasting their latest risk taking effort “The Panic Chapter“. Its release being one of those special types of LP’s where listener’s have a strong chance to become so obsessed with the new sounds of their favourite recording artist that they’re wanting to live the music moment of discovering another rare smashing full length record containing all tracks that “you don’t have to skip” to the very extreme fullest! As if a pale Gothic teen put “The Panic Chapter” on contentiously repeat through out the witching hour until the hot sun pokes through the screens of their own homes and singes their flesh, the individual not feeling the injury because their brain is forever glued to the music! That’s how musically addictive “The Panic Chapter” is!

In terms of levelling up the skills to pay the bills, the Canadian rock-hip-hop misfits have greatly stepped it up on the musicianship side of things because “The Panic Chapter” takes on a profound mature approach and deeply showcases another side of SSSC rarely heard by delivering an extra boost of astonishing clean vocals and Eddie Van Halen inspired superb guitar solos. And those are great choices because recording artists need to grow to be able to improve and climb the skyscrapers of profound success. The vocal range inside the track “Chelsea” is tear jerking thanks to Chris So Sick’s gut-wrenching emotion. Absolutely beautiful! While the stylistic riffs brought forth by lead guitarist Voodoo Drew inside the album’s lead single “Never” are heavy metal approved and could very well serve as the soundtrack to escaping life’s hell! Overall, underground fans should not sleep on this release at this release because its packed with music thrills that bleeds towards success! A big salute towards So Sick Social Club for still thriving to create influential darkness that uplifts the damned. Please Support “The Panic Chapter” here: https://music.apple.com/us/album/the-panic-chapter/1497605519

Underground Nation Magazine’s Other Personal Favorites From “The Panic Chapter” 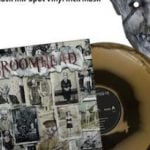